Nextiles Raises $5 Million Seed Round With NBA Among 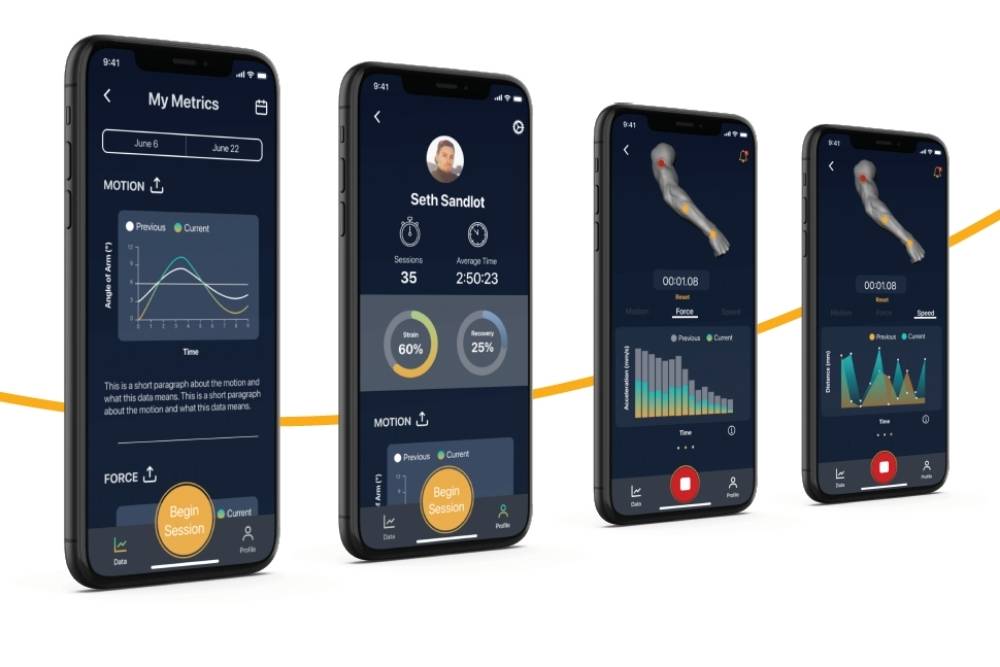 NEW YORK — When Nextiles first began collaborating with the NBA, founder and CEO George Sun had visions of using his sensor-laden apparel to help coach shooters through the motion capture data.

“I thought giving them a sleeve would be a no-brainer: ‘I can tell you your perfect free throw form,’” Sun says. “But they’re more interested in ankle injuries, so that’s why they opted in for socks.”

What Sun has developed is IP around imbuing textiles with electronic properties so that the fabric looks and feels like normal athletic attire while managing to collect data on movements, forces and even biometrics.

The NBA example is a perfect case study of Nextiles’ B2B2C approach: develop innovative technology and let strategic partners guide the development of features and interface to meet their needs. Since the league selected Nextiles for its inaugural Launchpad startup program, the NBA has become a validator, a customer and now an investor.

Nextiles has raised a $5 million seed round led by Drive by DraftKings and joined by the NBA, Madison Square Garden Sports Corp., Alumni Ventures, SmartSports, Phoenix Capital Ventures, Newlab and Olympic hockey medalist Hilary Knight. Among its other early business partners are baseball training company KineticPro Performance, a tennis company and the US Air Force. The KP Sleeve, which monitors pitching workload and form, is expected to be available late summer.

“We’re not really in the business of guessing and saying, ‘Hey, you need to wear this.’ It’s more of you tell us what you want,” says chief business officer John Peters. “We have the form factor fabric, we have the sewing infrastructure, we have the supply chain set up, everything’s ready to go. And it’s really plug and play at this point.”

When Nextiles first stitched its socks for the NBA—technically, an outer layer to be worn over one’s usual socks—they quickly received more feedback: they foot covers are too small for the basketball player population. Peters laughs as he holds up the new product, which is befitting a man with a size 16 shoe. “So we have a new definition of ‘large’ after that,” he says. 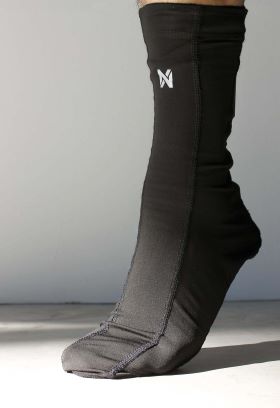 Nextiles stitched socks for the NBA because the league was interested in tracking data related to ankle injuries.

Nextiles received that feedback and turned around the new product quickly. Its core team works out of NewLab, a hardware-focused workspace in the Brooklyn Navy Yard, and its product sewing studio is in New Jersey. The team shares communal resources at NewLab that enable rapid turnarounds.

“I want to ideate really, really quickly—as in, have a drawing, have a sketch and then print it out and touch and feel it to see if it’s the right geometry, the right fit,” Sun says.

On a recent afternoon, Sun leads a guided tour of the 20th century shipbuilding factory that last decade was transformed into a prototyping studio. The first stop was to a room of 3D printers where, rather than order and shape mannequins to specific needs, Sun will use computer-assisted design to render the precise geometry of a body part he wants to clothe.

Most of the smart textiles his team makes include a patch of fabric with conductive materials covering about 5 or 10% of the garment. Sun uses the 3D printed body parts as a form around which to cut and stitch prototypes. His arts and crafts skills are a departure from his childhood spent tinkering with electronics.

“I used to break things—like, really disassemble things,” he says. “It wasn’t until I went to grad school and I worked for Puma that, yeah, I basically I can hand-sew now. I hot glue things together. I can teach kindergarten pretty well.”

Sun then proceeds to the chemistry lab where he experiments with materials of different ratios, combining metals like copper, stainless steel and silver with threads of polyester and cotton. Based purely on its inherent attributes and position on the periodic table, silver is best situated as the metal of choice, but Sun shies away from using because of both its cost and its inability to be reclaimed for a future iteration.

Instead, Sun prefers working with stainless steel. Because it’s less reactive than silver, it can be extracted from materials. It’s water-resistant. It is, however, a bit thicker and heavier. 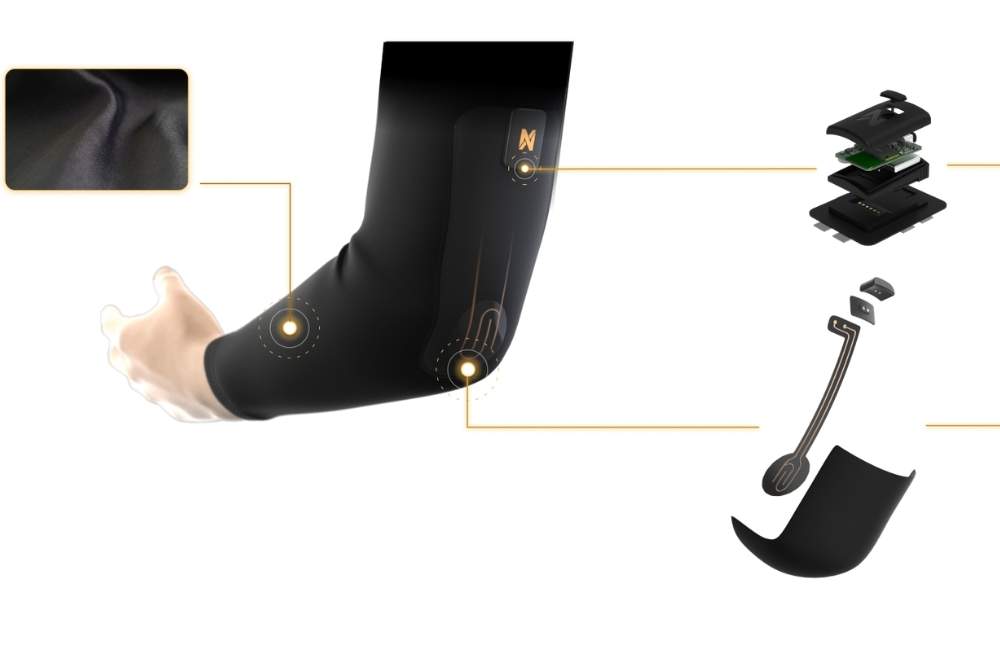 A Nextiles arm sleeve can help tennis players measure torque on their arm and help baseball pitchers manage their workload.

“It has more of a tensile strength than silver, and it’s just easier to sew,” Sun says. Many competitors “have deferred to silver, mainly because you can’t really see it afterwards. It’s so thin, it’s pliable. But for us, we found ways to have some interesting stitching patterns where the stainless steel is not as noticeable.”

From there, Sun walks down the hallway to an electronics testing room. Its benches are lined with soldering irons, voltmeters and the like. Here, he can experiment with signal strength and modulation as based on various twists, bends and folds of the fabric. Once a prototype is complete, one early round of informal testing is done upstairs where Bats-Toi—an MMA-focused mixed reality sports tech company—has a motion capture studio. Nextiles and Bats-Toi work collaboratively on some R&D, Sun says. (Asked to critique his wrestling style, he jokes, “I can’t fight. I go to the fetal position.”)

Back at Nextiles’ open loft space, entrants are greeted by a company nameplate touting a Steve Jobs quote, “Stay Hungry. Stay Foolish.” Inside the space are prototypes, conductive threads and desks for the small but growing team. The software team consists of only two engineers for now—who spend most of their time working on data security and “plumbing,” as Sun calls the encrypted data transmission to the servers—but will likely add at least a half-dozen more in light of the new investment. 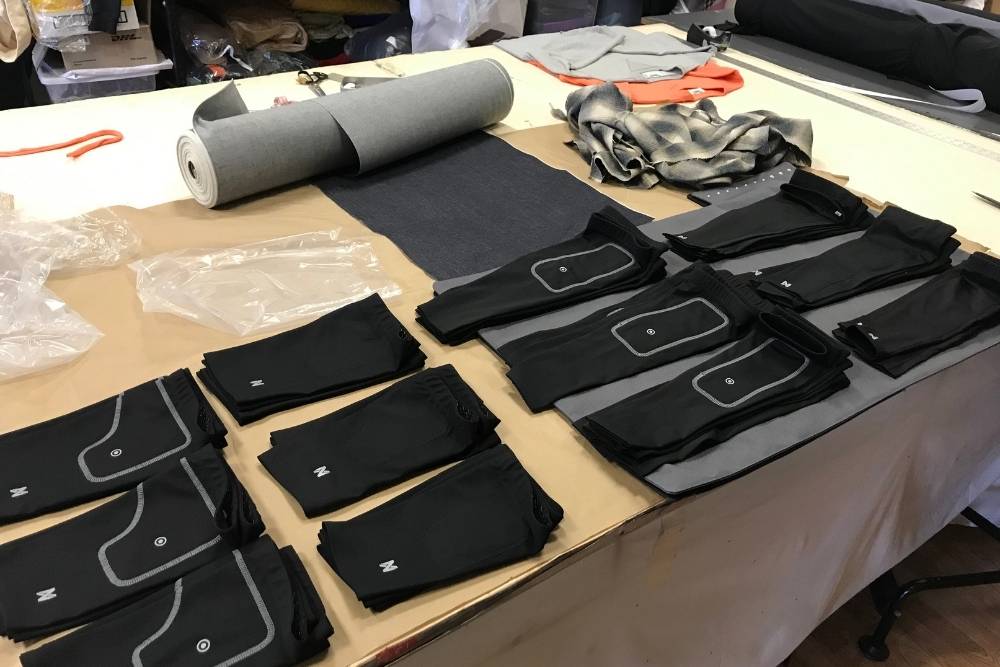 Nextiles uses repurposed sewing technology to merge fabrics and hardware to create a new type of wearable for athletes.

“The next six months is all about developing that software ecosystem,” Sun says. Nextiles still won’t be creating its own user apps, leaving that work for the partners, but much more can be done to organize and interpret the data to help clients gain more insights.

The filtering of all that requires actually quite a bit of analytics on the software and coding side, as well as data science and machine learning to say, ‘Hey, what is actually happening in this range of motion or this muscle movement or activity?’” says CFO Matt Evans. “That’s taking the science and translating it into adjustable outputs? That’s really the key part of what’s going to drive this forward.”

Two black fabric mats lie on the ground. A tablet is affixed to the wall at eye level. Every step or jump on the mats creates Richter Scale reading on the tablet’s digital seismograph-like display. While traditional force plates are heavy and expensive, Nextiles has replicated the concept with lightweight material that can be rolled or folded. 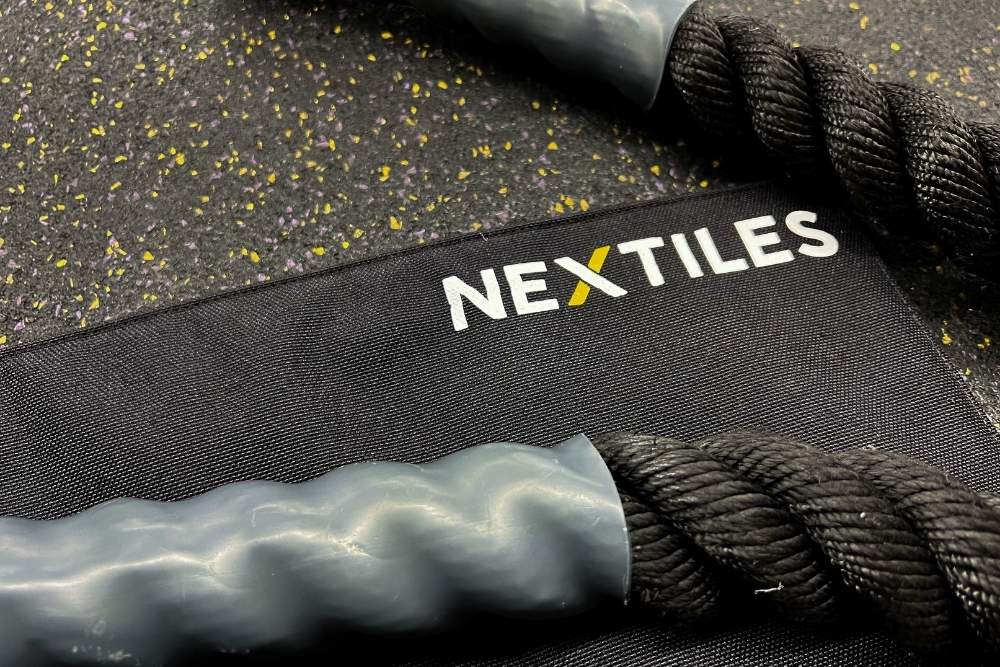 “I used to be a swimmer, so I’m not really a land guy,” says Sun, who swam through high school but stopped upon matriculating to Berkeley for his undergrad degree. “I had to be educated how important ground force was. I was really more about like, ‘Let’s build a body suit, an Iron Man suit.’ But it turns out just two pieces of fabric floor work for that information.”

The value of that data has made force plates a common sight in weight rooms and training rooms across all elite sports. Nextiles wants to deliver it more efficiently.

“We’re not always shooting out datasets that are claiming to be different,” Sun says. “We’re trying to say, ‘OK, our data sets can get the same thing but from a form factor that’s more seamless.’”

The same goes for one of its earliest partners, the US Air Force, who were the second—after the National Science Foundation—to award Nextiles funding (via a grant) following Sun’s PhD work at MIT. What used to be the data-collecting domain of wearable sensors can now be gleaned through fabric.

“The Air Force is looking for more biometrics like skin voltages, heart rate, breath rate, even eye movement,” Sun says. “And so that’s actually a different phase of our company that’s less mechanical and more biometric, and we can do that, actually, just by putting different fabric electrodes on the body, we can actually pick up signals from the skin.”

Eye movement? The human body is essentially a live battery, and the electric currents in the brain, heart and muscle can be detected by EEG, ECG or EMG. EOG, or electrooculogram, can do similar work for the eyes through nodes placed on the surrounding muscles.

The more imminent beachhead in sports will come through noninvasive motion capture and force analysis.

“Our goal is to deliver that experience—like a lab in a box—anywhere,” Peters says.

Nextiles hopes to provide that dataset as a companion to other technologies, all without the need for additional hardware. “Because,” Sun says, “I would hope you remember to wear your clothes.”

How to create iOS 16 Lock Screen widgets in Sketch | by